Horror-Superhero Comic Book Rise Of The Femonsters Launches On Kickstarter 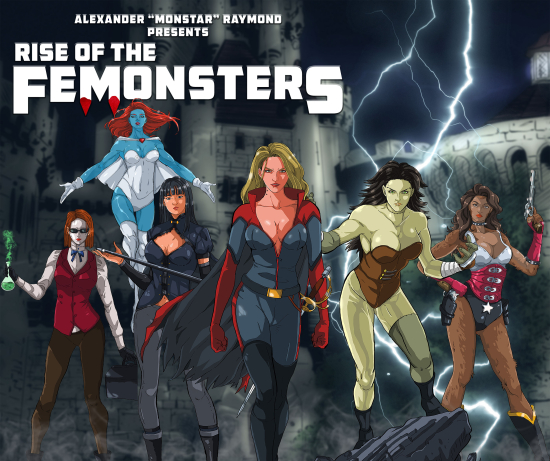 A war of monsters erupts in the first issue of this new series.

(HOLLYWOOD, CA) The Kickstarters campaign for RISE OF THE FEMONSTERS comic book launches on August 1st, 2021. Created by Alexander "Monstar" Raymond, the comic book will feature the world's greatest monsters at war with each other over mysterious relics known as the Life Creator and the Death Breaker, which can unlock the secrets of resurrection. The Kickstarter campaign will be to fund the first issue of the series. The RISE OF THE FEMONSTERS campaign will feature several pledge levels and incentives to encourage fan engagement.

"RISE OF THE FEMONSTERS is a series that horror and comic books fans will enjoy," said Alexander. "The story has exciting elements like action and adventure, set in a dark and sinister setting. The Kickstarter campaign starts it all off with some fun pledge levels and incredible incentive rewards."

The RISE OF THE FEMONSTERS Kickstarter campaign begins on August 1st and will run for one month, ending August 31st. Those looking to back the campaign can do so on Kickstarter here: MonstarUniverse.com.

Backer levels include the physical and digital version of the RISE OF THE FEMONSTERS comic book, variant comic book covers, trading cards, autographed cosplay covers by influencer Tanya Tate, and more. Stretch goal rewards will include stickers, mini-posters, and other exclusive collectibles.

To encourage early pledges, those who commit to the physical or digital levels within the first 48 hours will receive a video thank you from cosplay and media personality Tanya Tate. While those that pledge $50 and above will get a special custom video shout-out from Tanya.

RISE OF THE FEMONSTERS is the inaugural title from the Monstar Horror Universe imprint. The line will focus on the world of super-powered monsters. Intended future titles include Countess Dracula vs. The Brides of Blood and The Death of Lady Frankenstein. 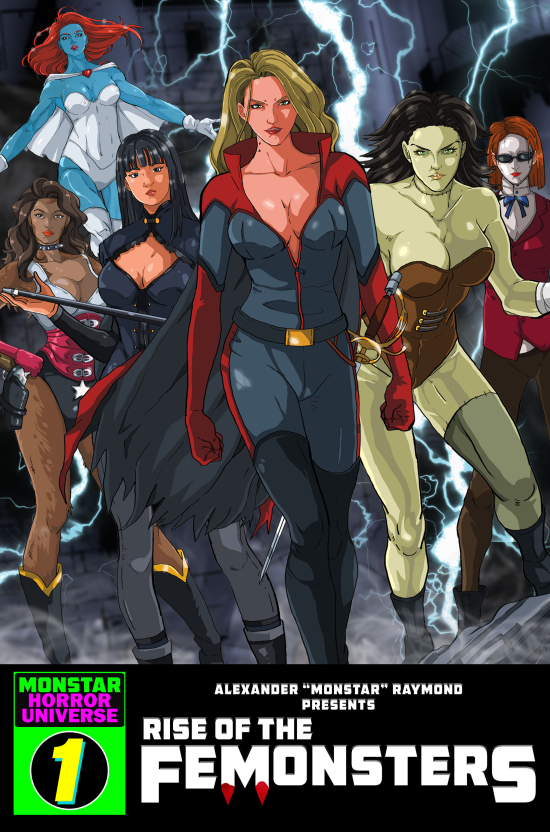 Witness the birth of Alexander "Monstar Raymond's horror universe with RISE OF THE FEMONSTERS! Pledge on Kickstarter to help bring this project to life.

A Press Release by
MonstarPR.com
###